A military tattoo is a performance of music or display of armed forces in tattoos, typically involving synchronization and intricate patterns. They are usually performed by multinational militaries as a form of entertainment but can also be used to instill pride in the troops, boost morale, or serve as a recruitment tool.

In this blog, GuardYourhealth will explore the military tattoo. We will discuss what it is, its history, and its meaning.

What Is a Military Tattoo? 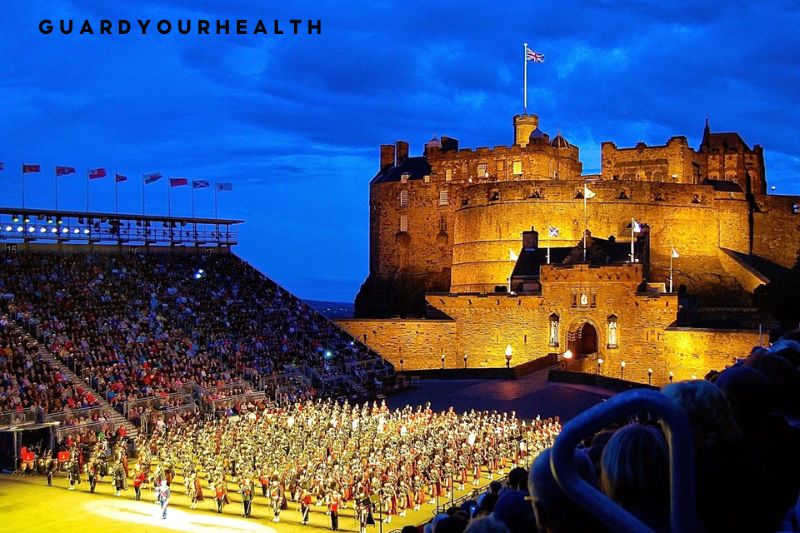 As previously mentioned, the military tattoo’s meaning is a military performance or presentation of music. It was initially not as spectacular and was part of a military ritual. The procedure included trumpeters and drummers. Surprisingly, it was also connected with troops, drinks, and a curfew, all of which we shall discuss in a moment.

Fun fact: We also call military tattoos soldiers’ tattoos and Army tattoos. They are, however, unofficial.

What Is the Meaning of a Military Tattoo? 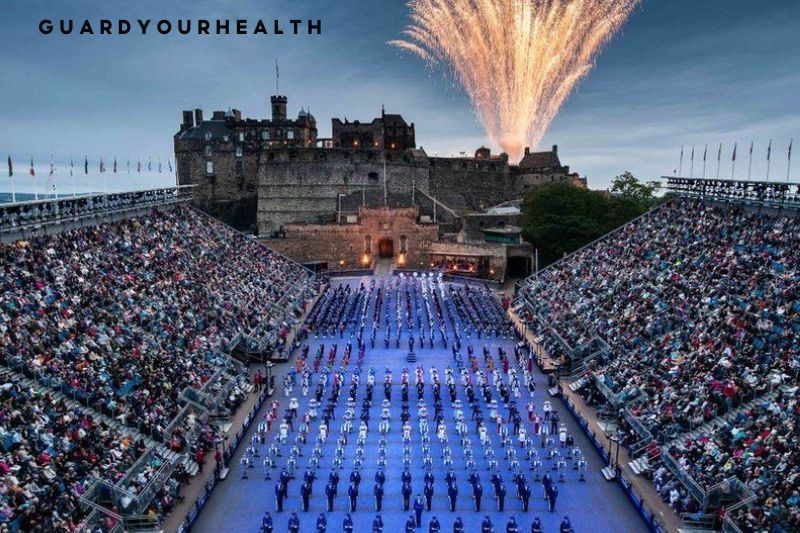 The “doe den tap toe” got showier and showier as the year progressed. The “accessories” such as searchlights and floodlights were installed. By the late nineteenth century, it had grown into something akin to a celebration in garrison and military towns, especially during the summer. These lasted even between the World Wars. Military tattoos are now seen across North America, Europe, Asia, and Africa. Needless to say, there are strong reasons why military tattoos are popular on so many continents.

A tattoo’s significance is derived from military tradition and legacy. In some ways, it is a celebration of the military as well as a manner of exhibiting the military physique.

Why Is It Called a Military Tattoo? 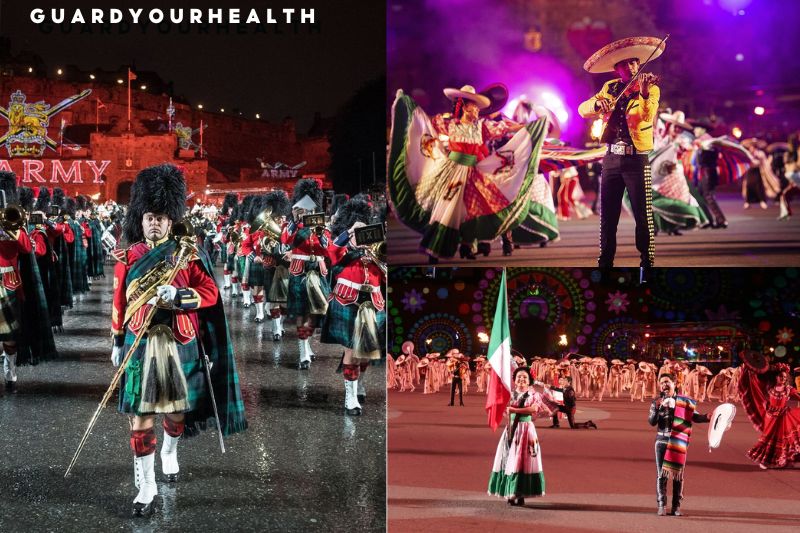 The term “military tattoo” goes back to the 17th century. It comes from the phrase “doe den tap toe,” which means “turn off the water.” The expression refers to a signal made by trumpeters and drums by military garrisons to in-keepers to cease providing soldiers beverages so they may return to their barracks. This would happen every evening at about 21:30 or 9:30 p.m. The trumpeters and drummers would perform until 22:00 or 10:00 p.m., which was the curfew. 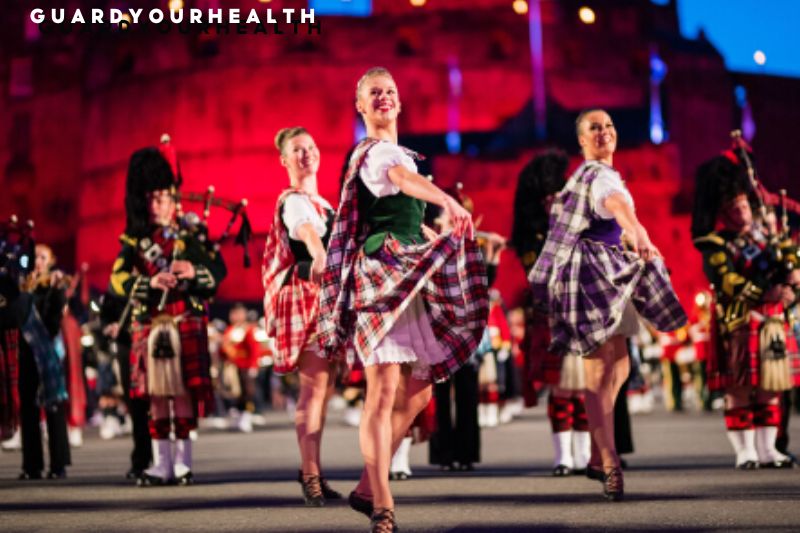 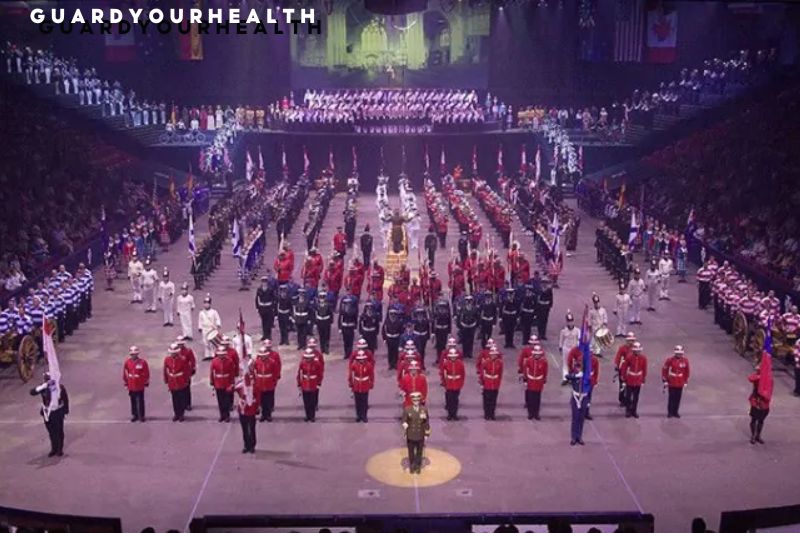 This Military Tattoo began in 1979 to commemorate the first International Gathering of the Clans held outside of Scotland and was officially inaugurated by Her Majesty Queen Elizabeth, The Queen Mother. On the occasion of Her Majesty Queen Elizabeth II’s 80th birthday in 2006, this event was given a Royal Designation. With over 2,000 performers, there are bagpipes, drumming, military displays, dancers, acrobats, Highland flings, and the Canadian Armed Forces that merge history and today’s fresh traditions with innovations that amaze spectators young and old.

The largest mobile tattoo was Canada’s Armed Forces Tattoo in 1967. There were 155 performances in 47 cities. The tattoo lasted from late March until mid-October. More than 1700 service troops from the Army, Navy and Air Force participated in the tattoo.

The outfits and costumes were sold to museums and private collectors. Colonel Ian Fraser, who produced it, was also the “brains” of the previously mentioned Royal Nova Scotia International Tattoo. 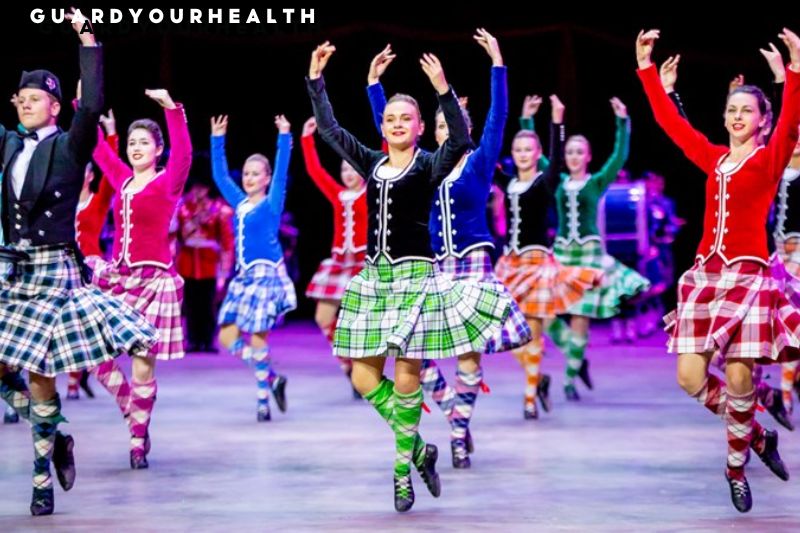 Beginning in 1997 as the hallmark event of the Virginia Arts Festival, the Military Tattoo features military bands, massed pipes and drums, military drill teams, and Celtic dancers and choirs. It is the largest event of its type in the United States, with US Military Bands participating with many others from across the world.

This is a one-hour tattoo. In the summer, it is sponsored by Washington’s Military District at Joint Base Myer-Henderson Hall. The 3rd Infantry Regiment and the Old Guard Fife & Drum Corps are typical participating troops. 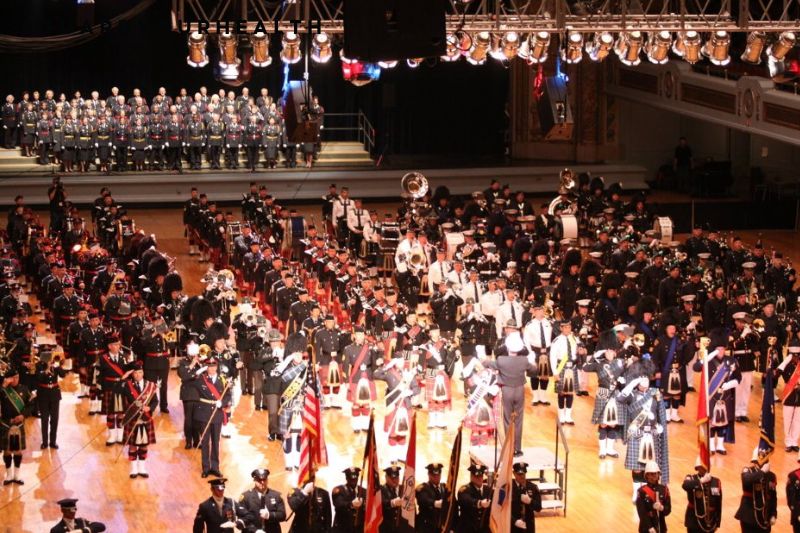 This is a customary yearly tattoo in Cleveland, Ohio. It began in 1985 and is still held on the third weekend of May. The official stage is the Cleveland Public Auditorium. 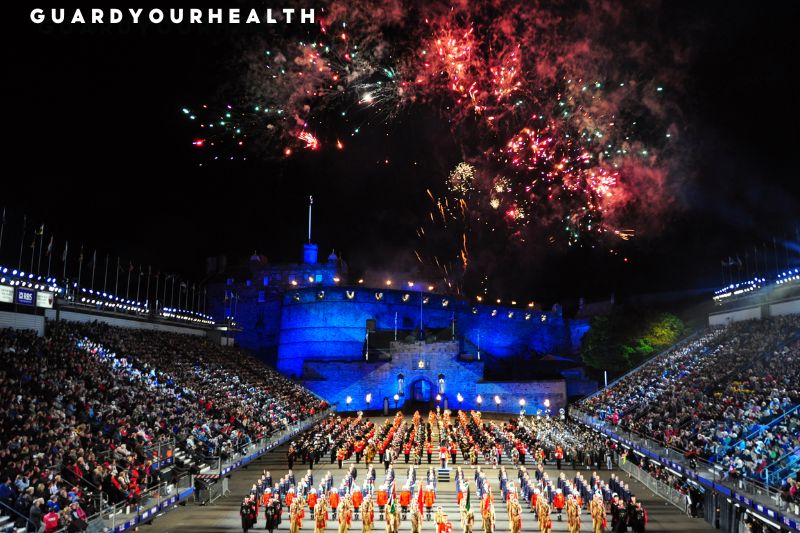 The Royal Edinburgh Military Tattoo is part of the yearly Edinburgh Festival in Europe. It is one of the largest and most well-known tattoos. Its centerpiece is the blend of traditional sounds from drums and bagpipes with current Armed Forces characteristics.

This is the largest military airshow in the world. Every year, it is hosted at RAF Fairford in Gloucestershire, with support from the RAF Charitable Trust. 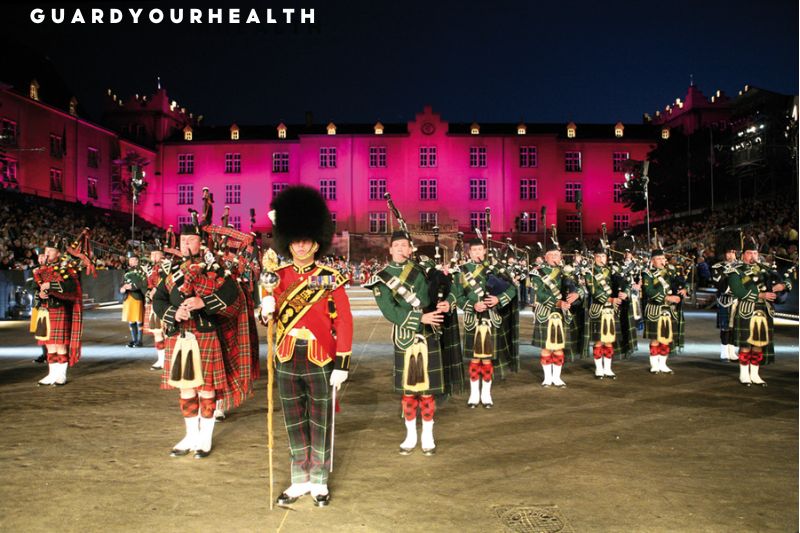 This is a 15-year-old tattoo in Switzerland. The Top Secret Drum Corps founded it, and it is currently the second-largest tattoo, trailing only the Edinburgh Military Tattoo.

The National Military Tattoo is the official military tattoo of the Dutch Armed Forces. From 1948 through 2006, it was held in Breda and Delft. It was later transferred to the Rotterdam Ahoy, an indoor stadium. 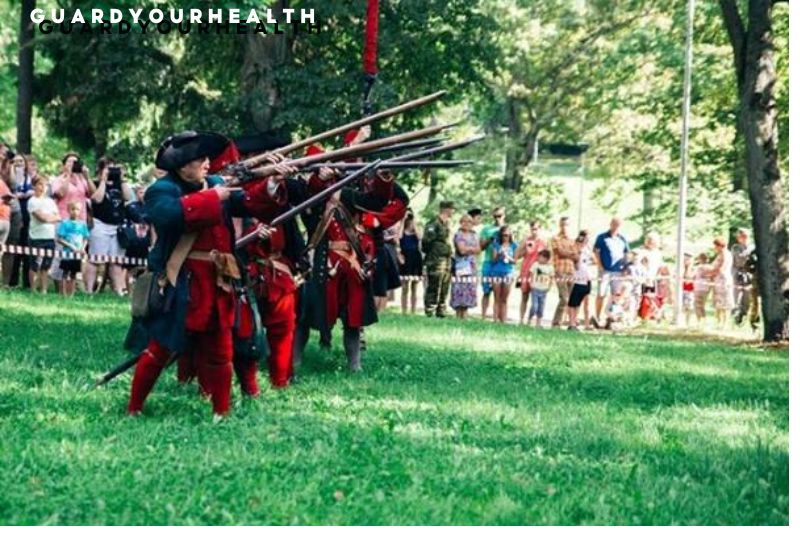 This is Korea’s national military tattoo. Every April, the nation’s Armed Forces hold a parade in the capital city of Seoul. Drill teams and military bands put on well-rehearsed shows.

This is Japan’s national military tattoo. There are bands from Japan’s Self-Defense Forces as well as Asia-Pacific guest bands. On top of that, traditional drum teams are taking part for the first time. It has been hosted at Tokyo’s Nippon Budokan every November since 1963. 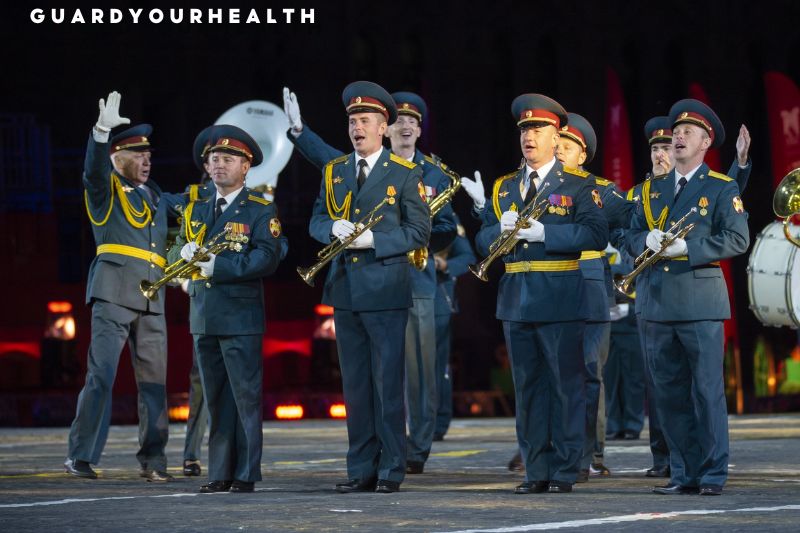 Esker Kernel, which translates approximately as “Military Trumpet International Festival,” is a well-known military tattoo in Kazakhstan. It is held on Capital City Day, an official public national holiday (July 6).

This was a unique tattoo at Salisbury’s Glamis Stadium to celebrate the establishment of the Rhodesian Light Infantry (January 30, 1971). The show included a spectacular skydive and a simulated assault. There was also a retreat ceremony and a march following.

The 40th Anniversary of the Libyan Revolution Military Tattoo

This was a celebratory tattoo at Tripoli’s Green Square in September 2009, as part of the 40th anniversary of the Libyan Revolution. It was also known as the World Military Music Festival, and it included troops from Ethiopia, Algeria, and Russia.

Members of the South African National Defence Force and the Johannesburg Youth Orchestra participated in this 2018-revived military tattoo. The former featured military drills and pretend battles, while the latter featured local and foreign dancers and bagpipe ensembles.

What Are the Tattoo Regulations in the Military? 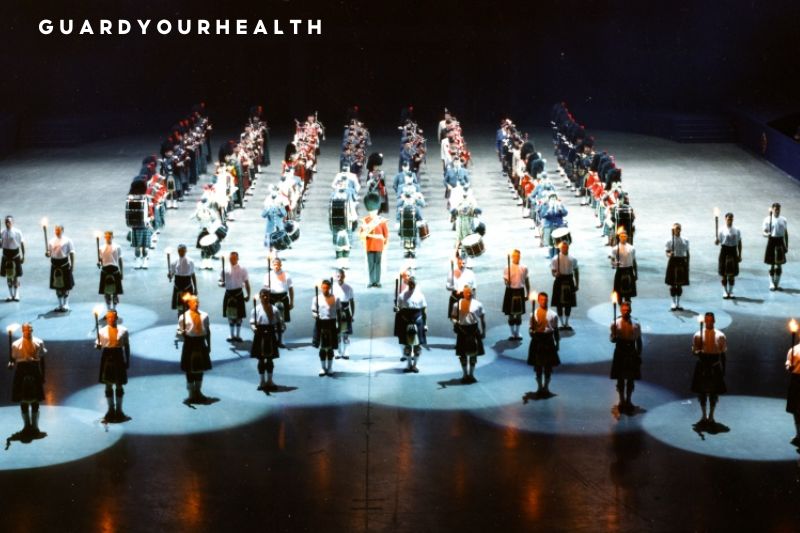 Tattoos have always been strictly prohibited in the United States military. While a military tattoo usually relates to a musical performance, it may also refer to body ink tattoos on military personnel.

Almost all branches of the United States military mandate that certain tattoos be disguised beneath their regular uniform or physical training (PT) outfit. However, there are several exceptions to the norm.

Marines, for example, are allowed to have up to four tattoos visible outside of their PT uniform, which consists of a crew-neck T-shirt and shorts. Tattoos on the neck, calves, and arms are likely to be visible.

The visible tattoos on the lower arms must be tiny enough for the Marine to cover with a single hand, fingers extended. Tattoos are not permitted between two inches of the wrist bone, elbow, or knees.

Tribal bands and band tattoos are permitted if they do not exceed three inches in length or the breadth of a Marine’s four fingers when extended. 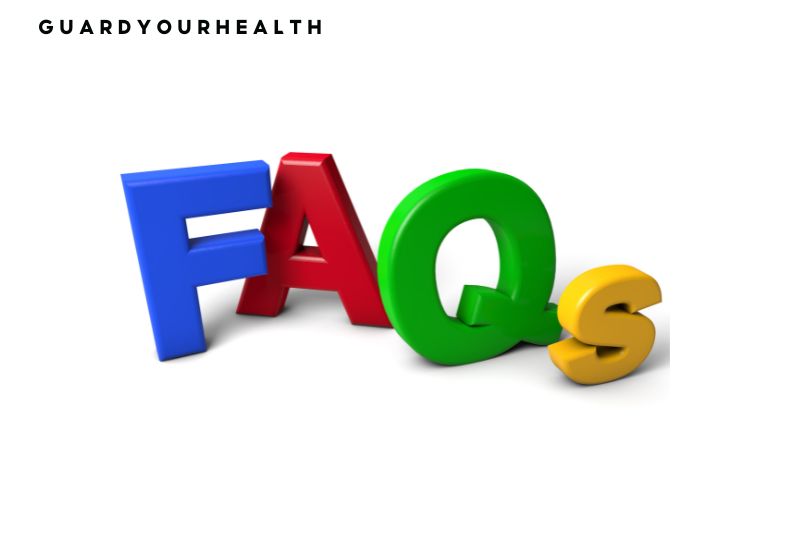 1. What tattoos disqualify you from the Army?

It prohibits any tattoos on the head, face, neck, wrists, hands, or above the t-shirt collar. Essentially, any visible body tattoos are prohibited. The only exception is one ring tattoo per hand where a regular ring would lie.

2. Will the military pay for tattoo removal?

Generally speaking, visits to a tattoo removal clinic will be on your own dime—the government will not pay for you to have a tattoo removed, nor will health insurance. Fortunately, we do offer special discounts for military recruits, active duty, and veterans – it’s our way of saying, “thank you for your service!

You can join the Army from ages 17 up to 34, making the Army take up the middle of the age range compared to other branches. An opposite option compared to the Navy is the Army. Army bases are traditionally inland rather than along the coast.

In short, The military tattoo is an important part of military life. It is a time-honored tradition that allows soldiers to showcase their skills and dedication to their country. Thank you for reading and learning about the military tattoo.