Military boots are born to provide good performance on a variety of terrains and the most comfortable feeling.

These models offer several options to enhance the aesthetic, and boot laces are one of them.

So, how to tie military boots?

To help you, in the context of today’s article, we will share five popular and correct methods. Not only do they add to your aesthetic appeal, but they also offer several other benefits. Join us to find out right here!

Step by Step on How To Tie Military Boots? 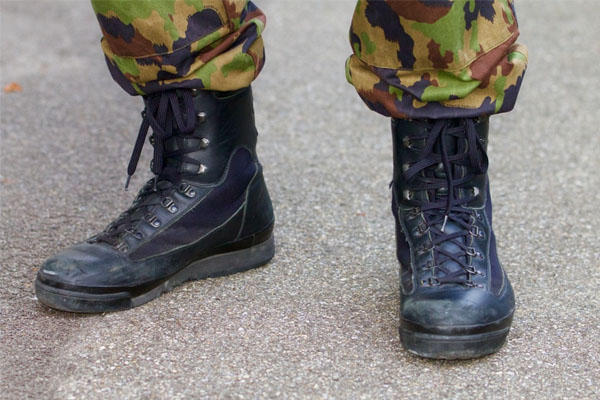 There are different ways for you to tie your military boot laces. Each has its advantages but is quite effective and takes little time to implement.

Criss Cross is the most popular method of lacing boots ever. You can see them in every boot store, from local to international brands.

This method is so popular because it is not only simple but also highly applicable. No matter how many holes the designer boot has, you can apply the criss-cross style.

Unlike the crisscross, the straight lacing will result in straight horizontal lines instead of crisscrossing lines that go from one hole to another.

It is as ‘Lydiard Lacing’ or ‘Fashion Lacing’. With a variation from the criss-cross style, the straight border style is chosen by many young people to express their personalities.

Not only is it highly aesthetic, but the straight edge style also brings comfort to the user. Specifically, it reduces toes pressure so you can move all day long. However, this way of tying boot laces can only come with holes numbers. 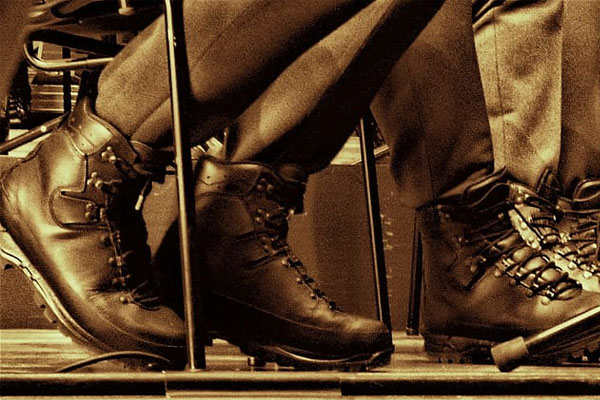 This method offers more stability than the previous two styles. So you will find it in the boots of soldiers or security guards. To perform this style of tying, you must have a long and durable lace because there are often many holes in socks on high tactical boots. 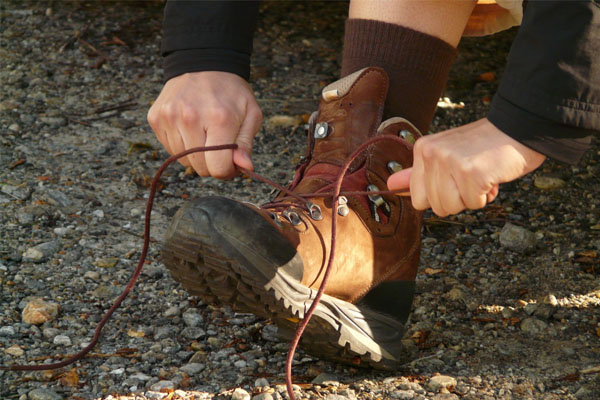 This method is straightforward and does not require long wires, and it even costs less than the basic crisscross. So at the end of the rope, the excess will be quite long for you to tie the knot.

This method will create a bow-like shape by threading the string through at least four level pairs. Crossed wires through 2 pairs of holes will create a unique, stylish result. So you can see this type of belt in the individual users.

This type of boot lace can work with even and odd pairs of holes, so you can use any of your boots to learn how to tie it.

The army is a variable type of tie lacing. It is used in footwear around the world because it loosens the leather on the sides. As a result, the boot will fit better to help active people walk throughout the day in comfort.

Army and tie lacing is similar; the only difference is the criss-cross rope is inside, and the line is exposed outside. It can be that the army method is the reverse of tie lacing.

Above is the information we want to share with you about the five famous and beautiful ways to tie boot laces. Hopefully, the article will help you figure out how to tie military boots.

After reading the article, we think you are ready to wear a dynamic suit and highlight the overall look by tying unique boot laces. It not only brings aesthetic features but also creates comfort to wear active freedom throughout the day.