What does the military do for our country?  The US military is responsible for protecting the freedom of Americans by defending our country from enemies. They do this by fighting in wars and conflicts and providing security at home. The military also works to prevent other countries from attacking us or our allies.

In this blog post, GuardYourHealth will give you the top information that you need to know. Let’s begin.

How Does The US Military Protect Our Freedom 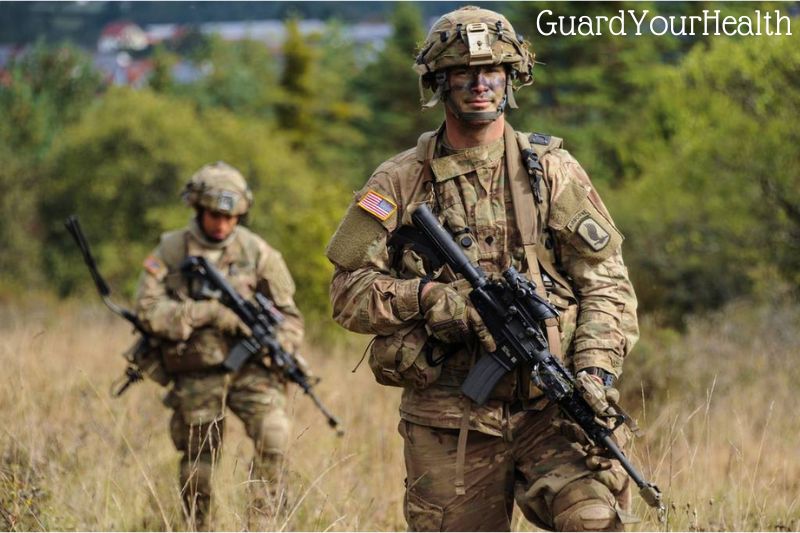 The Army, Air Force, Navy, Marine Corps, and Coast Guard are the five main branches of the military. The following are the distinct missions of each branch:

The Army is tasked with maintaining peace and security by providing the necessary defense for the United States, its Commonwealths, colonies, and other territories it occupies.

The Army does this using its five key strengths.

The Army has stations within the country as well as abroad. There are permanent installations in Africa, the Middle East, Asia, and Europe.

For more details about all the branches of the military, then check our post. 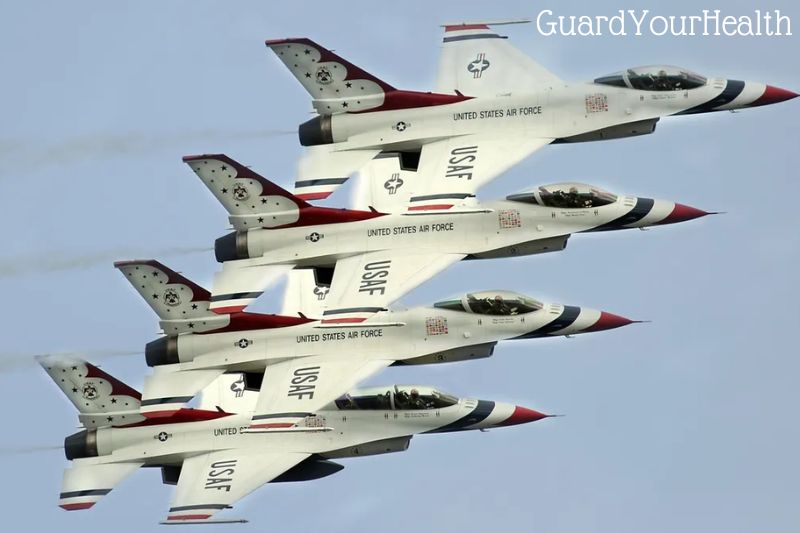 The Air Force represents the American military’s aviation service. It is the second-largest service branch with 329,614 active members, 69,056 reserve members, 107,414 members of the national air guard, and 172,875 civilian employees.

The Air Force mostly conducts autonomous aviation operations and offers air support to forces on land or at sea. In more detail, the Air Force is in charge of

Air operations that are quick and ongoing, both offensive and defensive

The primary duties of the Air Force include:

This is the synchronization of different international assets to conduct operations; it is also referred to as global integrated ISR. This entails gathering, processing, evaluating, and disseminating information for military decision-makers.

This level of air battle supremacy enables operations to be carried out at a specific time and location without being significantly hampered by adversarial forces.

This is the global circulation of military components, which is a kind of self-explanatory. For achieving strategic, operational, or tactical goals, specifically relates to timely augmentation, deployment, employment, and sustainment. This can include aeromedical evacuation, air refueling, and airlifting.

This describes a designated commander exercising command and control over designated forces to complete a mission.

Command and control have three levels: tactical, operational, and strategic. Planning, directing, coordinating, and controlling both forces and operations are done with the aid of personnel, equipment, facilities, communications, and procedures.

All of these primary objectives aim to guarantee vigilance, influence, and power on a worldwide scale. 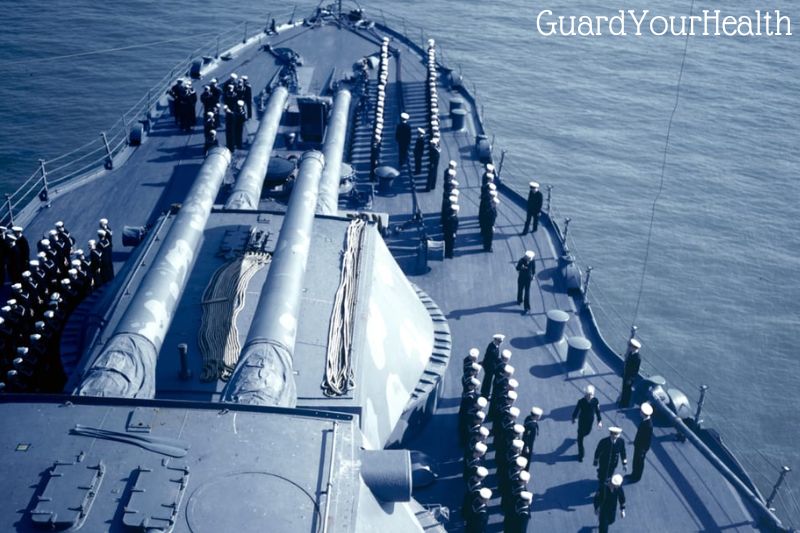 The American military’s maritime or seaborne service arm is called the Navy. More than 3,700 operating aircraft and 290 deployable combat vessels are also present, along with around 336,978 active duty personnel and 101,583 ready reserve people.

In addition to developing new aircraft, tactics, techniques, weapons, and equipment for naval combat and service, the Navy is responsible for maintaining naval aviation, air transport, air techniques, and air weaponry for the Navy’s operations and activities.

Like the other services, the Navy has five main missions: deterrence, power projection, maritime security, and sealift.

Although there are a few bases abroad as well, most of the Navy’s bases are domestically located. 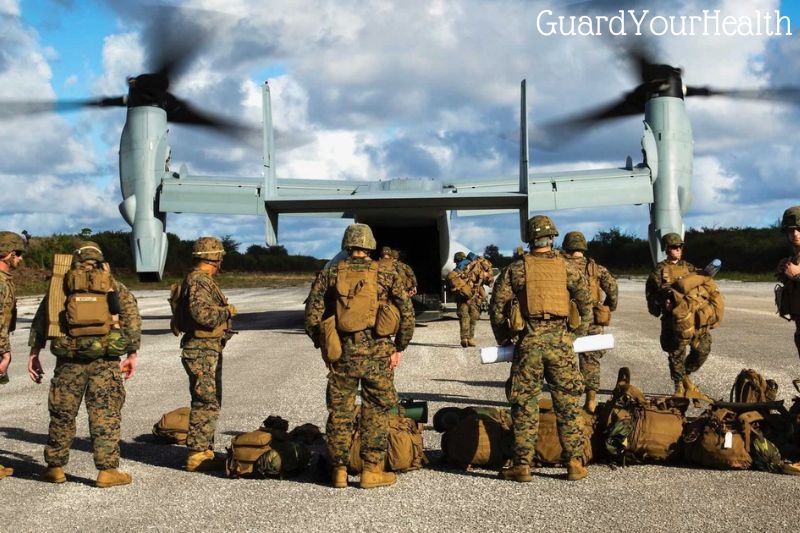 The marine land service arm of the American military is known as the Marine Corps. Expeditionary and amphibious missions are its primary mission. The Marine Corps’ three primary responsibilities are as follows:

Additionally, they were previously covered under the National Security Act of 1947 and the 10 U.S.C. 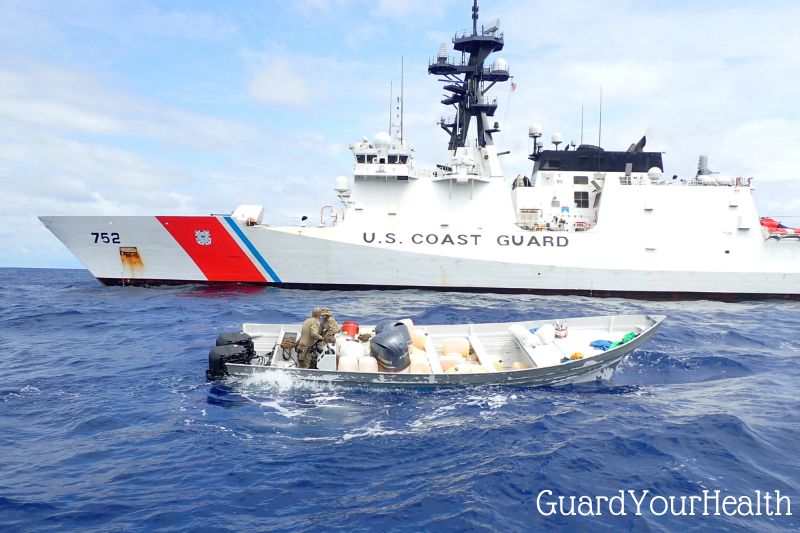 The Coast Guard is a branch of the American military with multiple missions, including maritime security, search and rescue, and law enforcement.

The three fundamental roles are maritime security, stewardship, and safety. These can be categorized as either homeland security missions or non-homeland security tasks, and they are separated into 11 sub-statutory missions.

On the other hand, the latter focuses on defense readiness, drug and migrant interdiction, maritime law enforcement, and security of ports, waterways, and coastal areas.

The National Response Center (NRC) and the National Maritime Center are run by the Coast Guard (NMC). 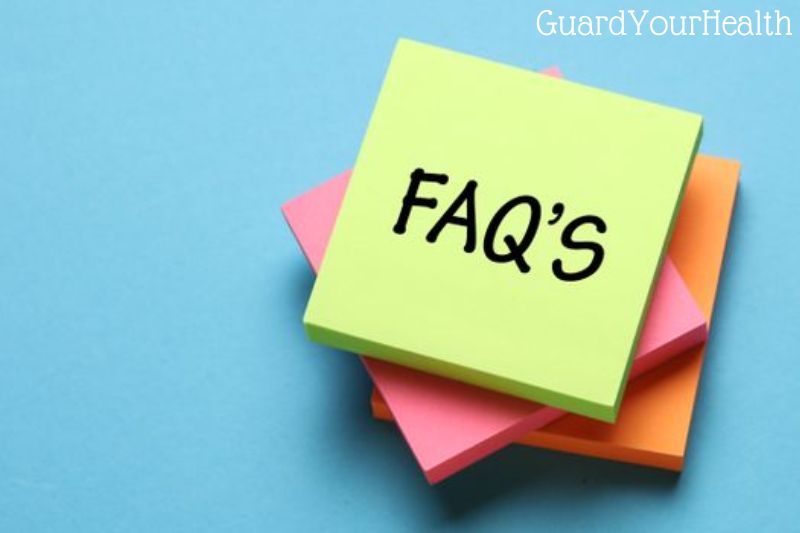 Why Is The U.S. Military So Important?

American military capabilities against direct threats safeguard the United States and its population. Still, they also contribute to the upkeep of peace and stability in areas crucial to the country’s interests and support American security commitments abroad.

How Does The Military Keep Us Safe?

In order to support individuals who aspire to strengthen democracy and a free market economy while fending against internal and external dangers, our military offers security assistance, training, and equipment.

What Freedom Do Soldiers Fight For?

What does this mean for the warriors who defend our freedom, then? The military defends our freedom from fear and freedom from domination, as was briefly discussed earlier. The combined efforts of all the aforementioned branches enable this.

What Would Happen If The US Had No Military?

Inefficient water systems, deteriorating roadways, and corroded pipes would all be fixed. Additionally, the money might be utilized to help the homeless and poor, strengthening and improving the quality of life in local communities. Each nation would choose its objectives and choose how to allocate its previous military spending.

The US military is responsible for protecting the freedom of Americans both domestically and abroad. They do this by deterring threats against the US and its allies, and by responding to attacks when necessary. The military also works to prevent other countries from gaining too much power, which could threaten our freedom.

Hope that this post can provide you the useful information. If you have any questions, feel free to leave your comments below. Thanks for reading!