The Uniform Code of Military Justice, or UCMJ, is a federal law enacted by Congress. It is the foundation of military law in the United States intended to create a consistently enforceable code of law to deal with issues outside of the civilian legal system.

More accurately, it is designed for infractions that must be dealt with in a unique military manner. 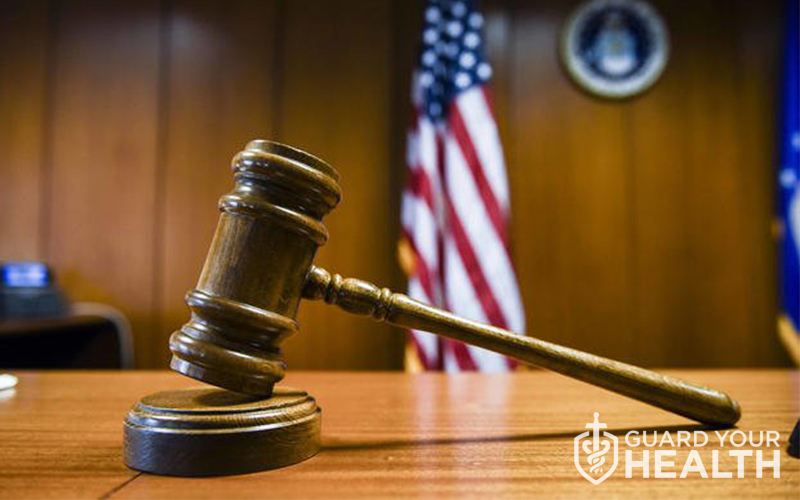 The UCMJ was passed by Congress on May 5th, 1950, and it was signed into law the very next day by President Harry S. Truman. The Uniform Code supersedes the Article of War, the Articles for the Government of the Navy, and the Disciplinary Laws of the Coast Guard.

The US military would operate under the 101 Articles of War drawn up in 1806 until the Uniform Code of Military Justice was passed by Congress, making it the first major revision to military law in more than 100 years.

Sections of the Uniform Code of Military Justice (UCMJ)

The provisions of the Uniform Code of Military Justice are contained in the United States Code, Title 10, Chapter 47. There are 12 sections of the UCMJ, and they are as follows:

Apprehension and Restraints (articles 7-14) is about Apprehension, Punishment prohibited before trial, Delivery of offenders to civil authorities, and more.

Compositions of Courts-Martial incorporates articles 22-29 that determine who may convene each of the three categories of courts-martial, who may serve on courts-martial, detail of trial counsel and defense counsel, absent and additional members, and a few more.

Pre-Trial Procedure includes articles such as Charges and specification, Investigation, Forwarding of charges, Service of charges, Compulsory self-incrimination prohibited, and so forth.

Post-Trial Procedure and Reviews of Courts-Martial, subchapter IX with articles 59-76 regarding articles Error of law, Disposition of records, Appeal by the United States, Waiver or withdrawal of appeal, Review by the Supreme Court, Vacation of suspension, Review in the office of the Judge Advocate General, Petition for a new trial and a few more that interprete procedures in the post-trial period.

Punitive Articles are articles 77-134 are specific offenses which, if violated, can result in punishment by court-martial. This subchapter covers a wide range of offenses, like attempts, conspiracy, fraudulent enlistment, desertion, mutiny, aiding the enemy, espionage, murder, manslaughter, rape, stalking, robbery, and several more.

Miscellaneous Provisions encompasses Courts of inquiry, Complaints of wrongs, Delegation by the President and a few more articles.

Court of Military Appeals for the Armed Forces is the last subchapter of the Uniform Code of Military Law, and it has five articles – Status, Judges, Organization and employees, Procedure, Annuities for judges and survivors, and Code Committee.

Who Does UCMJ Apply To?

The word ‘military’ in the name is the key to understanding who falls under the Uniform Code of Military Justice. The list of personnel who are governed by the UCMJ includes, but is not limited to:

In the subchapter I – General provisions, Article 2 specifically states who is subject to the code, and who is not.

The President of the United States is required by law, as acting commander-in-chief of the Armed Forces, to write regulations to implement military law. The President writes the rules by issuing an executive order called Manual for Courts-Martial, or the MCM.

The MCM sets forth rules and regulations for military court-martials and specifies maximum punishments for each military offense that is listed in the subchapter X – Punitive articles.

Military court-martials are the most harsh sanctions under military law. A court-martial conviction is on the same level as a federal conviction and can result in jail time, or even a punitive discharge (dishonorable discharge, fines, reduction in rank, etc.).

The category depends on the rank of the accused and the severity of the offense.

Summary court-martials are the least serious out of the three options. They usually handle minor incidents and they are relatively rare these days. It is like non-judicial punishment proceedings (subchapter III, Article 15), only the summary court-martial can result in a federal conviction.

There is no jury, and while it is allowed, it’s not required to provide the accused with a defense lawyer, except in the Air Force. A commissioned officer in the pay grade of O-3 or above presides over summary court-martials. The maximum punishment is considerably less severe than that of a general or special court-martial, and it includes:

In some cases, like if the accused is above the pay grade of E-4, punishment may not be imposed, except reduction to the next lowest pay grade.

Special court-martial is similar to the misdemeanor court in civilian courts of law, and it has jurisdiction over all personnel charged with any UCMJ offense. It is used for punishments of medium severity.

Special court-martials consist of a military judge, defense and prosecuting attorneys, and a jury of at least three military members. The panel, or jury, usually consists of commissioned officers and warrant officers, but in case the accused is an enlisted member, he can demand that at least a third of the panel be enlisted members. There is also the option for the accused to dismiss the panel and be tried by the judge alone.

The maximum punishment includes a combination of:

General Court-Martial is the most serious type of military courts, and it is reserved for the most serious offenses, including murder, rape, robbery, etc. It has jurisdiction over all personnel charged with any UCMJ offense.

General Court-Martial proceedings can only be convened by the President, Secretary of Defense, the commanding officer of a major military installation, and by a general or a flag officer.

It includes a military judge, prosecuting and defense attorneys, and a jury of at least five members. Similar to the special court-martial, if the accused is an enlisted member, he can request that at least a third of the panel be enlisted members. Furthermore, the accused can dismiss the panel and choose to be tried by the judge alone. The accused can select to be represented by a civilian lawyer at his own expense.

The maximum punishment imposed by the general court-martial can be any sentence authorized by the Manual for Military Courts-Martial, including the death sentence.

These rules are addressed in the subchapter III of the Uniform Code of Military Law. Non-judicial punishment is the most common type of proceeding under the military justice system. When a military member commits an offense, the commanding officer may decide to offer him proceedings under the Article 15 of the subchapter III.

The proceedings are similar to the summary court-martials. The difference is that the commanding officer can act as judge and jury, and the proceedings don’t result in a criminal record. The accused can turn down the Article 15 and demand a trial by court-martial, except if he is aboard a ship at sea.

Does the UCMJ Take Precedence Over Civilian Law?

In short, the answer is no, the UCMJ does not take precedence over civilian law. Subchapter II – Apprehension and Restraint states that if a crime violates both military and civilian state law, the accused military member can be tried by the military court and the civilian court.

The 16th Sergeant Major of the Army, Sgt. Maj Micheal Hulk was sworn in on August 11th 2009 and has held every enlisted leadership position ranging from cannon crew member to command sergent major. Read his articles ➙