There are a lot of people out there who try to pass themselves off as military members. Some do it for the benefits that come with being a veteran, while others simply want to be able to say that they served their country. Whatever the reason, it’s important to be able to spot a fake military person. Below are a few things to look for:

Are There Penalties for Military Imposters?

Before we go into the specifics of recognizing a phony military person, let’s be clear that doing so is a serious felony.

According to the “Stolen Valor Act of 2013,” it is illegal on the federal level to make up important military awards to obtain material rewards like cash and property.

Other laws make it illegal to falsify or change discharge records in order to be eligible for veteran benefits. More information on the laws pertaining to impersonating a military soldier or other armed forces members can be found here.

Where Will You Encounter Military Imposters?

Military imposters can be found both online and offline. Although there are no “marked” locations for the imposters in real life, many have been seen flaunting themselves at bars and pubs and virtually on dating websites.

You may be the victim of a direct or indirect scam. For instance, requesting extra monetary “consideration” as a veteran for a good or service or asking you personally to transfer their money for “support” during/after duty. These latter ones can take the form of discounts, coupons, cashback, etc. 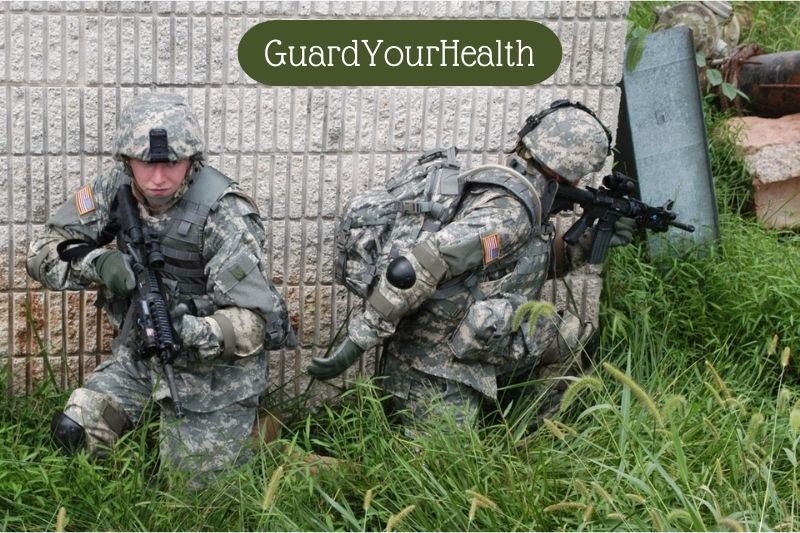 What You Will Need to Have

You don’t need to put much effort into getting ready to recognize a military impersonator. If you truly want to get rid of this person, prepare something to take notes and maybe have a phone with Internet access for brief surfing. Most imposters ramble on and on with contradictory details, busting their own butt in the process. If you write down what they say, you can quickly identify this.

Even if you have a keen intuition, it might be challenging to discern if someone is a phony Army soldier merely by glancing at them. You can ask questions to “hear” it for yourself, though. Start with the fundamental inquiries first:

There are professional imposters and amateur ones, just as in any other area. The novice fakers can be eliminated with these simple inquiries. You’ve got a fake on your hands if they are hesitant, claim they can’t recall or claim “it’s classified information.”

Require the COMPLETE unit name when enquiring about a person’s unit, and for MOSs—military occupational specialties—ask for the code number.

Professional con artists, however, might be ready with the solutions. Therefore, “increase the dose” by posing these two inquiries:

Consider the timelines and dates that the individual is giving you if you have a suspicion that they are making up the wonderful tales they are telling you. A fabricated story’s timeline will always be off.

Asking the storyteller to repeat a little detail they have already mentioned is another reliable test you can use. Likely, they won’t recall the lie they just told and will try to tell another one, making it obvious that they are a fraud at that moment.

Ask for the person’s Defense Department (DoD) identification number if they claim to be serving at the time you have a suspicion about them. If they do not already know it by heart, they will check their Common Access Card or CAC. Everyone who is presently employed ought to have one. It is obvious if you don’t have it.

You can also inquire about the DoD I.D number’s location and digit count. They are fake soldiers if they can’t respond with “on the back of the card” and “10 numbers.” 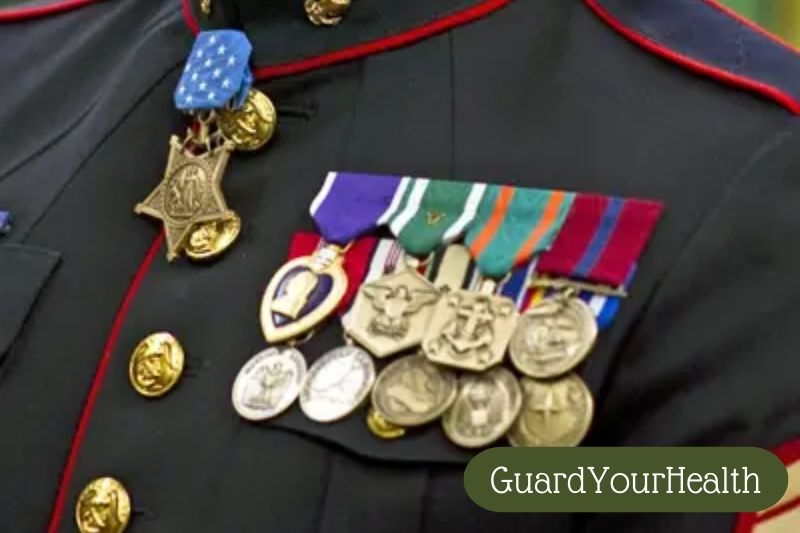 You can use this website to check someone’s service if they are lying about being in the military right now. The person’s Social Security Number (SSN) and a few other pieces of personal data must be entered. The machine will search the database to determine whether that person is a member of any military branch.

If the wearer is sporting military attire, take note of:

The branch insignia: They need to be identical. The majority of imposters aren’t very knowledgeable about the military. Therefore, they frequently make ridiculous errors like wearing an Army patch on the left pocket and a Navy edge on the left sleeve.

Examining their uniform is another technique to determine whether they are military fakers. With the exception of those who remove their blouse in the car—you know who you are—the majority of Service members would not be caught dead donning their uniform in violation of regulations. Having said that, keep an eye out for anomalies. For instance:

1.Check that all of the worn branch emblems are the same.

2. Look at where the ribbons and awards are placed.

3. Examine the locations of the name patch and qualification patches.

5. Do they have Facial Hair?

How Should You Proceed After Identifying an Imposter? 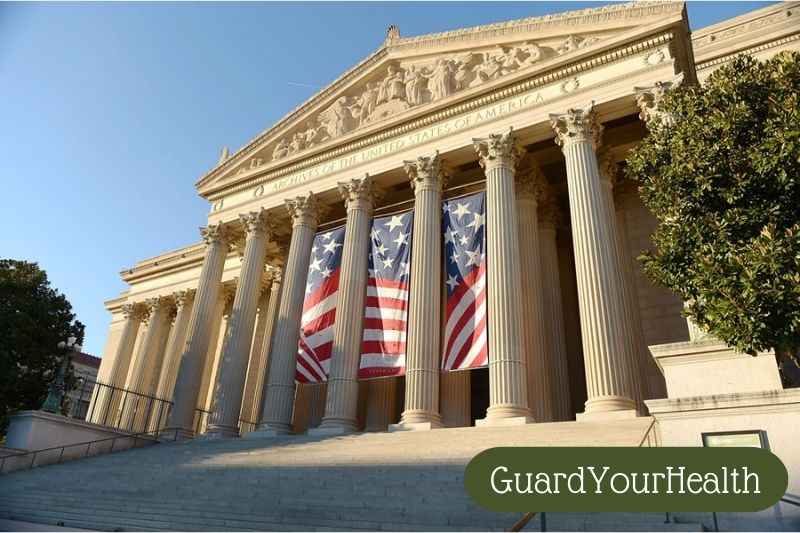 You should register a report if you have discovered evidence that someone is a military imposter by:

After all, respect should be shown to the true heroes of the armed forces. They deserve better than phonies who fabricate their identities in order to profit financially. 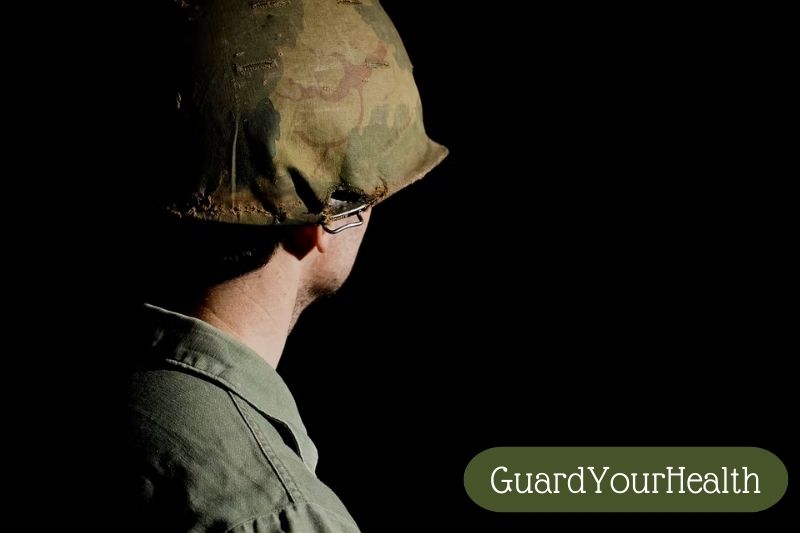 Unfortunately, there have been numerous instances of impersonating the military. We list eight here:

American con artist Joseph A. Cafasso worked as a military commentator for Fox News and claimed to have been in the Special Forces and the Vietnam War. But he was only in the Army for 44 days (1976).

Former American congressman Wes Cooley claimed to have served in the Korean War. He served in the Army for two years but was never stationed in Korea. He lied on a government document.

Canadian George Dupre claimed to have been in the French Resistance and the SOE during World War II. Dupre wrote a book based on the made-up experiences, but a reporter ultimately forced him to stop in an interview.

As the creator of Scientology and a well-known book, Ron Hubbard is well-known. On Scientology, he claims that he was a wounded war hero who fought in “all 5 theatres of the Second World War,” even going so far as to call himself the “Commodore of Corvette squadrons.”

Jack Livesey is a British historian who has spent 29 years studying the Parachute Regiment. He also serves as a military advisor for motion picture productions. However, he spent three years as a cook in the Army Catering Corps.

Anti-war activist Jesse Macbeth claims to be an Iraq War veteran and a former Army Ranger. However, he was “unfit for service” and was let go from the Army after just 44 days.

A well-known example of a military fake is Walter Williams. Up until his passing in 1959, he was acknowledged as the final Civil War veteran still living. However, according to later evidence, he lied about his birth year and claimed to be a tiny child when the war ended.

When you see someone in a military uniform, you likely feel a sense of patriotism and respect. After all, these individuals have chosen to dedicate their lives to protecting our country. But what if the person you’re looking at isn’t actually in the military?

Hope that this article can help you spot the fake military person and find the right one. Thanks for reading!