Military school is a tough, demanding environment that requires discipline, hard work and dedication. It can be a very rewarding experience, both academically and personally, but it is not for everyone. In this blog, we will explore what is military school like, what the benefits and drawbacks are, and whether it is the right choice for you.

A Closer Look at Military Schools 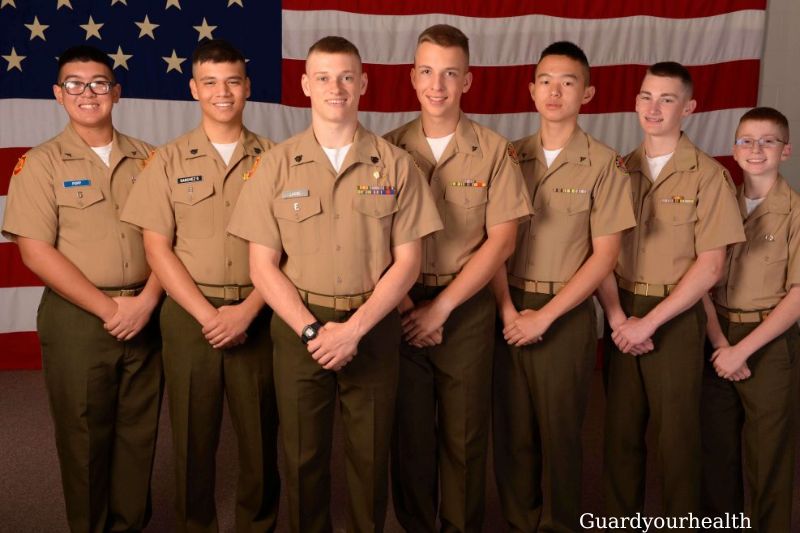 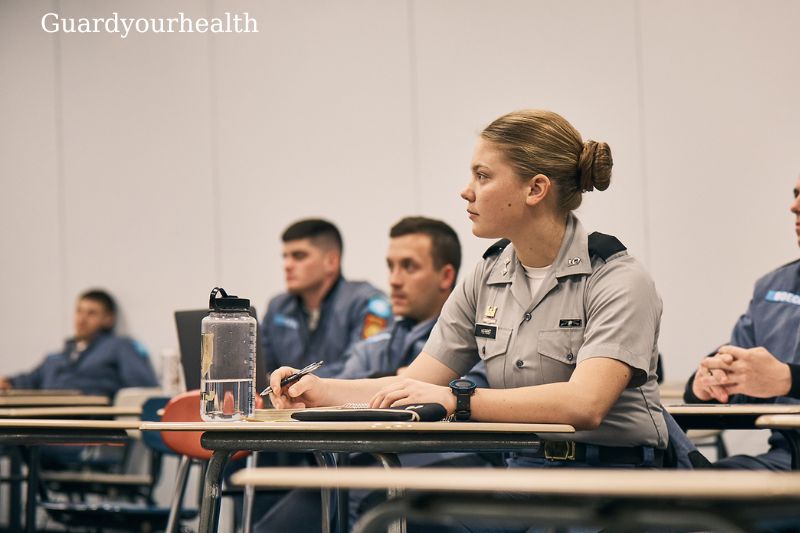 They are comparable in that they both function inside the military’s disciplinary system. They do, however, have varied costs ranging from free to rather a costly tuition.

Senior military colleges are four-year institutions and universities that lead to a bachelor’s degree and commission in the Armed Services.

Junior military colleges are two-year schools and universities that provide an associate’s degree as well as options for early commissioning in the Armed Forces.

Some schools might be boys-only or girls-only, but the majority are coeducational. 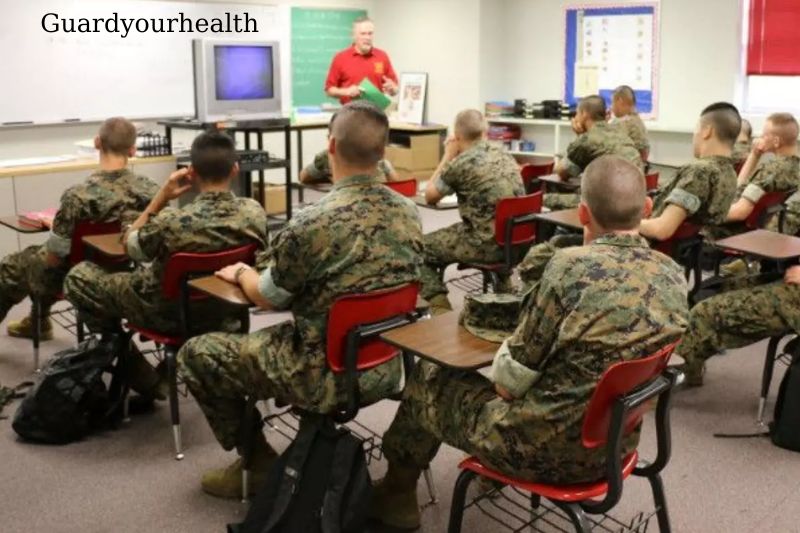 There are several fallacies surrounding enrolling in military schools. The most popular argument is that military schools are where troubled “delinquents” go. As a result, it is a site for punishment. For example, a Google search for “Is military school a punishment?” yields 85,000,000 results. However, this is not the case.

Military colleges are extremely selective. To succeed in the admissions process, you must be very driven and disciplined. So, if you are accepted, it will be a great honor. You will be one of the most well-known pupils in the country. As a result, attending military school is a privilege, not a punishment.

However, keep in mind that determination and discipline will not guarantee you a spot. You must also be physically and academically exceptional.

The former requires candidates to undergo a comprehensive medical examination that covers both physical and mental health. Specific academies will also request results from the Candidate Fitness Assessment (CFA), a six-event assessment that tests endurance and strength.

The latter implies that typical college admission criteria apply. You will be evaluated based on your personal statement, transcript, test scores (such as SATs), and letters of reference.

Still, each institution will have its own set of criteria. This information is often available on the school’s official website.

For post-high school military schools, you must begin filling out questionnaires in junior year, and unless you are applying for the US Coast Guard, you must first apply for nominations from members of Congress, the Vice President, and other military people. To make things even more difficult, each member of Congress can only offer a limited number of suggestions. 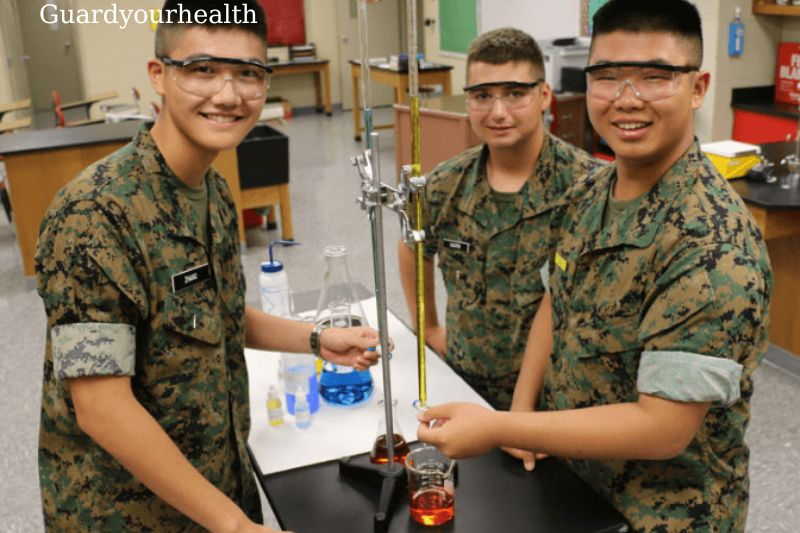 At military schools, students learn important basic values such as respect, discipline, responsibility, solidarity, and leadership. These are all traits of strong citizens. They also come with soft skills, such as time management and collaboration, which contribute to the growth of any young person. Students can later use these characteristics and talents, regardless of their job route.

The military environment, defined by rituals, expectations, and positive peer pressure, helps pupils develop into exceptional individuals who achieve more. Students, for example, are required to keep their rooms tidy, maintain personal hygiene, participate in physical exercises, and obtain excellent marks. Pupils witness other students achieving these standards around them. As a result, they are favorably “pressured” to do the same.

These expectations subsequently become the norm and are smoothly integrated into daily activities. Students in military schools learn to take care of themselves and live an orderly life over time. In essence, pupils are held to the greatest level. This helps young pupils transition into adulthood.

Needless to say, there is also a heavy focus on honesty and accountability, both of which are reinforced by a code of conduct. Violations are often dealt with with limited personal or free time, similar to how a parent would “ground” their child.

More severe offenses, such as drug or alcohol usage, hazing, or harassing other students,…can even result in dismissal or expulsion.

Cadets are students in military schools. They must engage in military training and understand the principles of the military as an organization.

Except for individuals who receive ROTC scholarships, service in the military after graduation is not required. These cadets will be required to commit to future military duty.

Even while military schools are regimented, they are not the same as boot camps or reform schools. There is no place in military schools for “troubled” kids who have behavioral concerns such as low attendance, disrespect, drug usage, and so on. 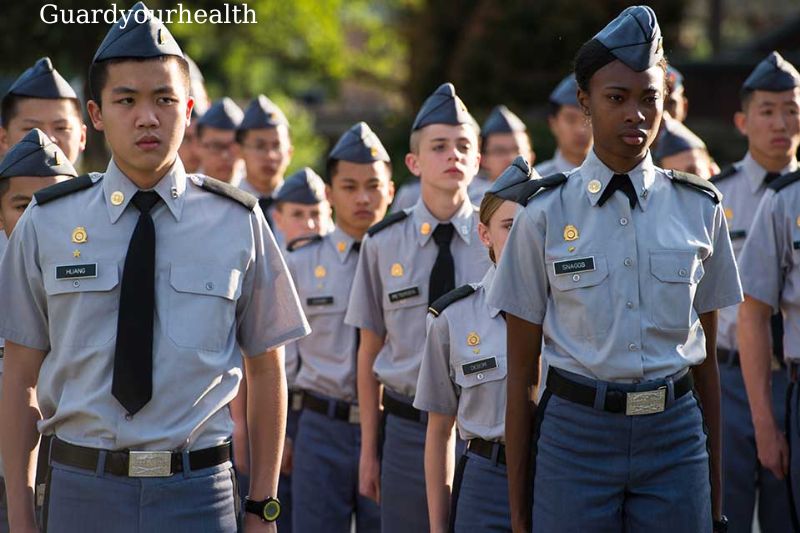 Each school’s daily routine is different however a typical day in the life of a military school student may look like this:

Get up early, tidy the barracks for inspection, have breakfast, and get ready for class. Some schools will hold a morning physical education class.

Classes are held throughout the day, with a break for lunch. Tutorial times are also provided for those who want more support.

After lunch, there will be further lessons followed by sports and physical training. These activities develop physical fitness, confidence, and a love for the great outdoors.

Dinner is served, followed by a Call to Quarters (CQ), and then a supervised nighttime study hour with access to the library and computer facility.

Report back to the barracks, rest, prepare for tomorrow, and then it’s “lights out” for the night.

What to Expect in Military School 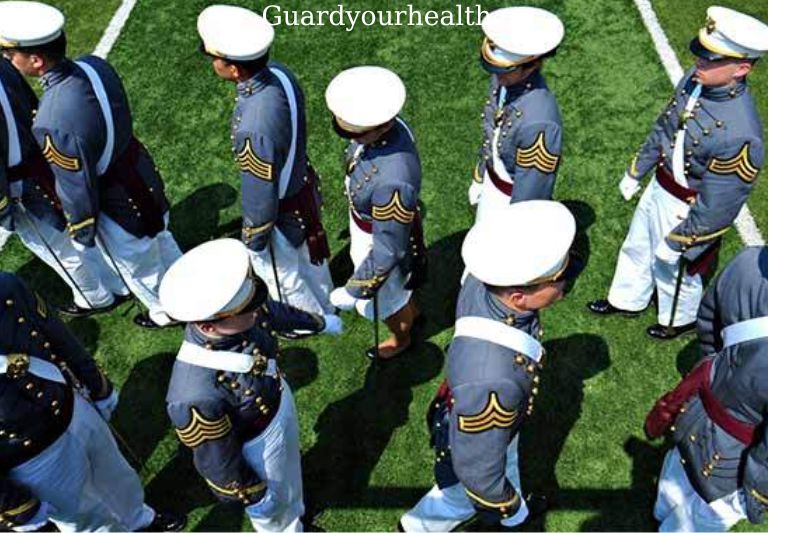 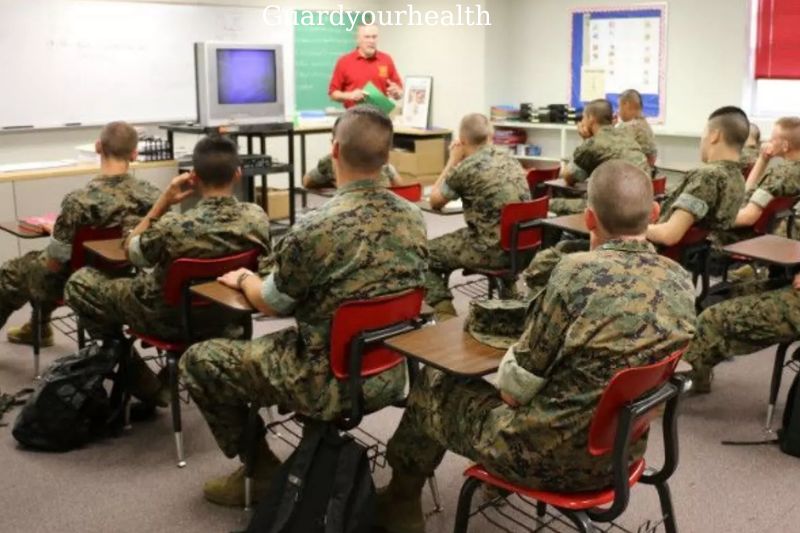 If you’re seeking an educational option for yourself or your child that will give enough preparation for a post-education job while also instilling the principles necessary for life success, consider military school.

Military schools are primarily private preparatory schools fashioned after US military academies such as West Point (Army) or Annapolis (Navy). This is a good alternative for those who want the framework of a military prep school to prepare for a prospective military career.

Needless to say, this is also an excellent option for those who want structure and discipline not available in traditional public or private schools.

It is helpful to understand what to expect while enrolled in a military education when deciding whether or not military schooling is the appropriate decision. Military academies are extremely selective. They will only accept pupils who are eager to enroll and are willing to follow the tight guidelines that govern their operations. Unlike ordinary schools, which sometimes make exceptions for students who have difficulty following strict codes of behavior, these institutions routinely remove students who violate the rules – even for small infractions.

Military education is founded on ideals. Understanding the underlying ideals that are important to military education offers the prospective student a solid indication of what to anticipate.

Respect: Students are expected to respect their peers as well as their superiors. Respect for the rights, property, and time of others is crucial for success in both life and academic efforts.

Discipline: While students in all institutions are required to be disciplined, it is a given in military schools. The focus is also on self-control in addition to learning to discipline others – a critical necessity for future leaders.

Accountability: In military schools, like in the armed forces, students are held accountable for their activities. Students learn to accept responsibility for their actions and to hold others responsible.

Solidarity: Military organizations work best when every member of the unit operates as part of a cohesive community. The organizing of pupils in platoons and other units throughout education serves to foster this sense of belonging to a bigger entity, where everyone, in addition to being accountable for himself or herself, is taught to assist and bring others along to benefit the overall organization.

Leadership: Students in military schools are encouraged, if not obliged, to step up when needed to complete tasks. They are educated to take on leadership roles rather than focusing solely on individual performance. 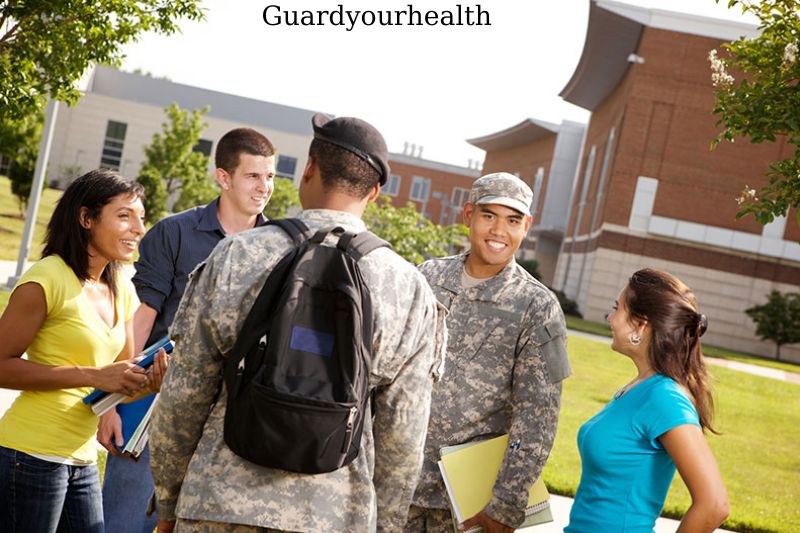 All pupils at a military school are expected to pursue chances for leadership and distinction in performance. There will be no jocks and geeks social organization found in non-military schools. Students will be expected to develop self-control, time management, and discipline. Every student, not only the sharpest, will be required to work hard to attain good academic results, enhance physical health, and demonstrate leadership. Unlike at public school, where a student who achieves passing marks can expect to be left alone, every student at a military school is required to be ‘up front at certain periods during the academic day.

There is also a strong focus on moral-ethical training, honesty, spiritual growth, and collaboration. Loners who cannot work successfully in groups will quickly fade away.

Contrary to common belief, military schools are not intended to modify highly disruptive, rowdy, or aggressive conduct. Only pupils who are prepared to embrace the discipline and structure of military school are admitted and will profit from this outstanding education. Students who are hesitant to participate in intensive physical exercise in addition to academic work are not suitable candidates for this program. 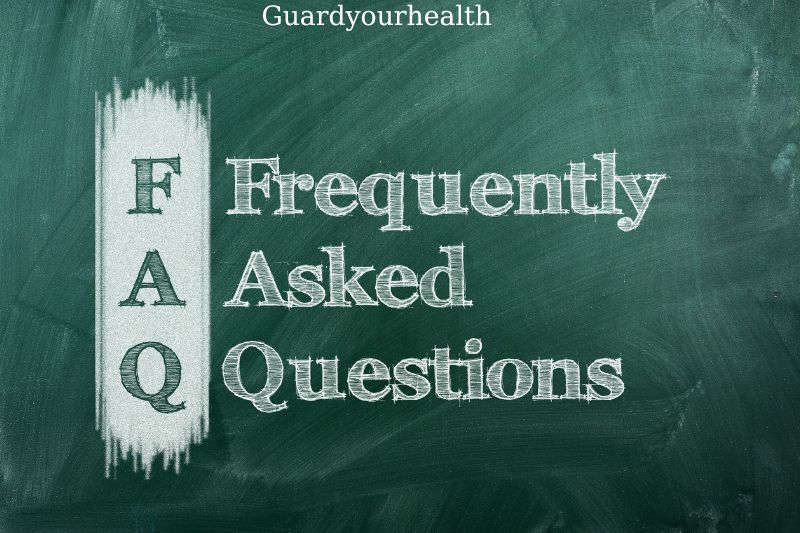 1. Is military school a good idea?

While military schools are indeed structured, they should not be mistaken for reform schools or boot camps. In fact, military schools are not for students with behavioral issues, such as low attendance rates, lack of respect for authority figures, trouble with the law, drug use, and poor grades.

2. What is the youngest age for military school?

At MMA, cadets are only allowed to use their cell phones and tablets on the weekends. Likewise, they can only play video games or watch television on the weekends. While they may certainly use computers and the Internet on weekdays for homework purposes, their rooms are computer free.

4. What happens if you misbehave in military school?

It has been found by most military schools that once a cadet has violated the code of conduct, the most influential consequence that can be levied is a restriction on one’s personal time. Military schools offer a regimented daily schedule to help cadets to focus by limiting distractions and free time.

5. Is military school a punishment

Rather, it’s designed to bring out the very best for those who are fortunate enough to attend it. Military school is a privilege to attend, not a punishment

In conclusion, the military school can be a great experience for some people. It can teach you discipline, teamwork, and leadership. It can also be a great way to get an education. However, it is not for everyone. It is important to do your research and talk to people who have attended military school before making a decision.